Posted: May 2, 2018 in In the News, Infrastructure, Transportation 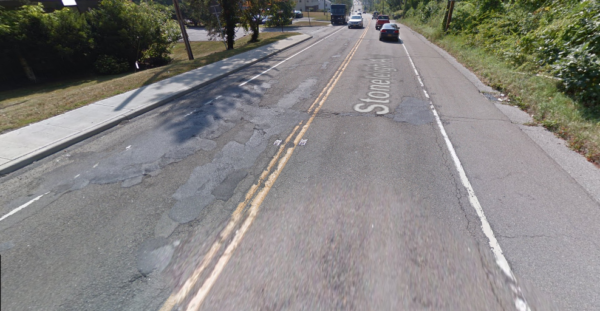 After nearly a full year of pressing state leadership to address much needed infrastructure improvements on Route 6 in Putnam County, Assemblyman Kevin Byrne (R,C,I Ref-Mahopac) announced the bidding process for the project was complete, and construction is set to begin.

The bidding process for a long awaited project to repave sections of Route 6 in Putnam County is complete, and construction is set to begin in late May or early June, Assemblyman Kevin Byrne (R,C,I,Ref-Mahopac) announced today. The encouraging update represents a major step forward in nearly a full year of efforts to address much needed infrastructure repairs on one of the area’s most traveled state roads, and promises to greatly benefit both local residents and business owners.

As a member of the state Assembly’s Transportation Committee, Byrne has demonstrated a profound commitment to both supporting projects aimed at repaving our state’s crumbling roadways, and holding state leadership accountable for making good on its promises. The Route 6 repair project was originally announced by the governor in July 2017 as part of a $103.8 billion state-funded initiative to repave nearly 200 miles of road across the Mid-Hudson Valley. Unfortunately, bureaucratic delays have plagued the project to this point, causing it to miss its planned completion by the end of 2017, and earlier this year DOT officials had reported the project would possibly not begin until 2019.

Today’s announcement that work will begin to repave and repair the five-mile section of Route 6 in Carmel, running between Route 52 and Tilly Foster Road, represents the culmination of nearly a full year of efforts to illustrate the pressing need for these improvements.

Byrne had previously inquired as to why this much-needed project had not proceeded as scheduled on several occasions leading up to today’s announcement. During a Transportation Committee hearing in January, Byrne questioned Department of Transportation (DOT) Commissioner Paul Karas as to why Route 6 had not been paved, citing the importance of the project to local residents and business owners, as well as the rapidly deteriorating condition of the road as reasons for urgency in ensuring the initiative did not fall through the cracks. Sen. Terrance Murphy and Putnam County Executive MaryEllen Odell played crucial roles in follow-up efforts as well, co-authoring letters to the DOT and attending meetings with the department’s regional leadership. 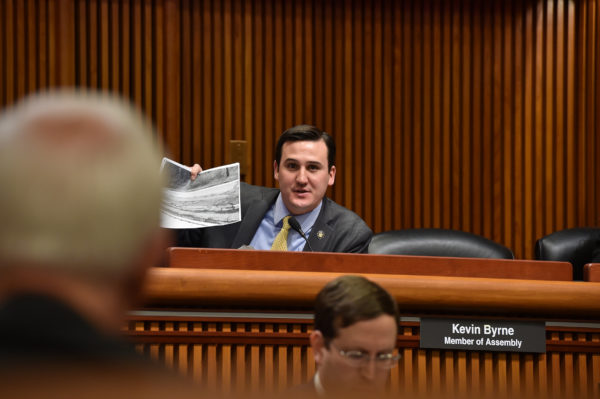 Assemblyman Byrne displays a photo of potholes on Route 6 in Putnam County during the Joint Legislative Budget Hearing on Transportation earlier this year on Thursday, January 25, 2018.

“As your state Assemblyman, and as a member of the Transportation Committee, I am thrilled to learn this must-needed Route 6 repaving project will finally come to fruition,” said Byrne. “I’d like to thank Sen. Murphy, County Executive Odell and all of the concerned residents and community partners who joined us in our efforts to hold state leadership accountable for moving this important initiative forward. I look forward to seeing the positive impact this project has on our community, and I will be continuing to push for additional infrastructure improvements here at home and across the state.”

“I appreciate Sen. Murphy and Assemblyman Byrne advocating with me to the DOT on the importance of repaving Route 6 from Route 52 to Tilly Foster Road,” said County Executive Odell. “With their help, and Regional Director MacMillan’s understanding, the project is able to move forward and improve the vehicular safety in that area. It improves the quality of life for our residents and encourages business in one of our main economic corridors.”

“Working with Putnam County Executive MaryEllen Odell and Assemblymen Kevin Byrne, we were able to identify that Route 6 was one of the local roads most in need of immediate attention.  I am pleased this long-awaited project is set to begin,” said Sen. Murphy. “Route 6 is one of our most traveled and essential roads. Keeping our infrastructure safe and well-maintained is important to Putnam County’s economic growth and will enhance the quality of life for its residents.”

Moving forward, Byrne will continue to support efforts to improve local infrastructure, including repaving sections of the Taconic State Parkway, construction of the Pudding Street interchange in Putnam Valley, as well as other state roadways such as Route 22.