Posted: July 31, 2018 in In the News, Infrastructure, Transportation 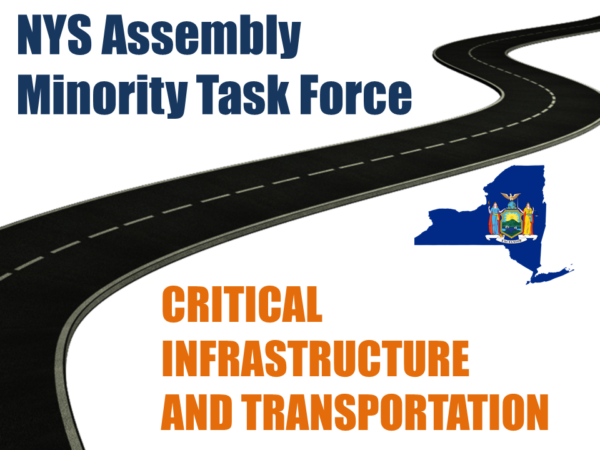 Assemblyman Kevin Byrne (Mahopac) announced today his appointment as co-chair of the recently formed Assembly Minority Task Force on Critical Infrastructure and Transportation. Currently the only Westchester or Putnam County representative at the state level to sit on the Transportation Committee, Byrne looks forward to using this appointment as an opportunity to continue advocating for much needed infrastructure improvements, both here at home and across the state.

Beginning later this year, the task force will conduct several regional public forums throughout the state to collect information on what our state government can do to address New York’s current infrastructure crisis. The goal of this initiative will be to develop solutions to address the needs of our state’s aging roads, bridges and water/sewer systems, with an emphasis on improving safety for the millions of New Yorkers who utilize this critically important infrastructure each day.

“It’s no secret that New York State’s infrastructure is deteriorating, and the formation of this task force represents a big step toward addressing this important issue,” said Byrne. “I am honored to have the opportunity to co-chair this worthy initiative and look forward to travelling across the state to learn more about what we can do to deliver New Yorkers the infrastructure improvements they so desperately need.”

Byrne made improving our local roads a top priority throughout his first term, having successfully urged state leadership to provide promised funding to repave Route 6 in Carmel. The recent completion of this long awaited project represents a major victory for local residents and officials who had pushed for improvements to one of the  most heavily traveled roads in the area.

Byrne continues to advocate for funding to complete important infrastructure projects throughout Westchester and Putnam counties, including the Pudding Street interchange, scheduled to begin next year, and the much-needed repaving of sections of the Taconic State Parkway and other state roadways.

Work is reportedly underway to finalize the schedule of the task force’s upcoming forums across the state.