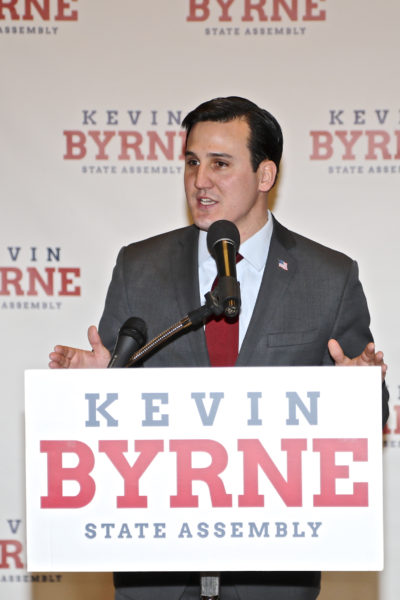 Assemblyman Kevin Byrne (R,C,I,Ref-Mahopac) hosted a special celebration to commemorate the kickoff of his 2018 re-election campaign in Carmel on Saturday, February 24. Attracting over one hundred people, the event offered supporters a comprehensive look at Byrne’s accomplishments in his first term at the state Capitol, as well as an optimistic outlook on the bright future awaiting the 94th Assembly District.

In his first year in the state Assembly, Byrne has already impressed his colleagues, gaining a reputation as one of the most active members of the New York State Legislature and passing more pieces of legislation than almost every other freshman legislator on either side of the aisle. While many would be content to rest on their laurels, it is clear that Byrne has much more he wishes to accomplish for his constituents.

“It has been an honor and a privilege representing the 94th Assembly District in Albany, and since day one I have been on the job meeting with constituents, going to events, speaking with state and local officials and most importantly, working to ensure that we stay in touch with our community and its needs,” said Byrne. “Far too many of the people who have grown up in this community and have tried to make Putnam County and Northern Westchester their home have been forced to leave, and I seek a second term in order to continue to fight against frivolous spending by our state’s leaders and the oppressive taxation that is causing us to lose a new generation of New Yorkers.

“It has been a pleasure working alongside Kevin Byrne over the better part of the past two years,” said Murphy. “I am here to support loud and clear the re-election of my good friend Assemblyman Kevin Byrne, and I look forward to continuing our joint efforts toward an affordable, safe and productive community for our constituents.”

“Kevin is doing an amazing job and it’s so nice to have another colleague with us in Albany to continue fighting in support of our conservative values,” said Serino. “I can’t say enough how refreshing it is to work alongside such a motivated young man who is willing to speak from his heart, and I believe we have a lot more to accomplish together in the coming years.”

“I’ve lived in Putnam County my whole life, and can’t overstate how lucky we are today to have representatives like Kevin Byrne in Albany working for us, fighting hard for us and doing the right thing for the right reasons,” said Bartolotti. “There is still much work to be done, and I know that together, we can ensure that Assemblyman Byrne continues his great work at the state Capitol.”

“I am committed, not only to continuing to fight for our values in Albany, but to making the changes we need to deliver our citizens the effective and accountable state government that we all deserve,” Byrne said. “I am confident that together we can reach these goals, and I am eternally grateful to the residents of the 94th Assembly District for your trust and continued support.”

For more information on how you can support Byrne’s re-election efforts, please visit his campaign website. 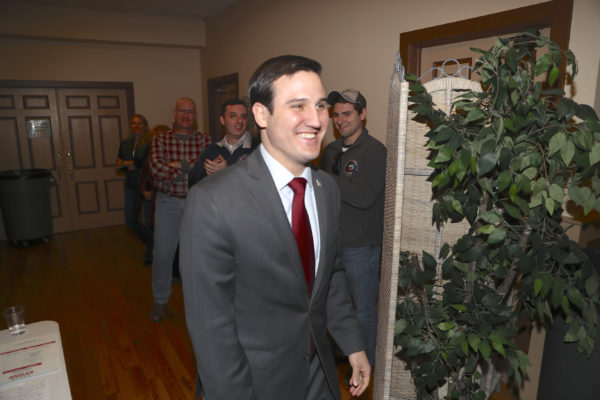