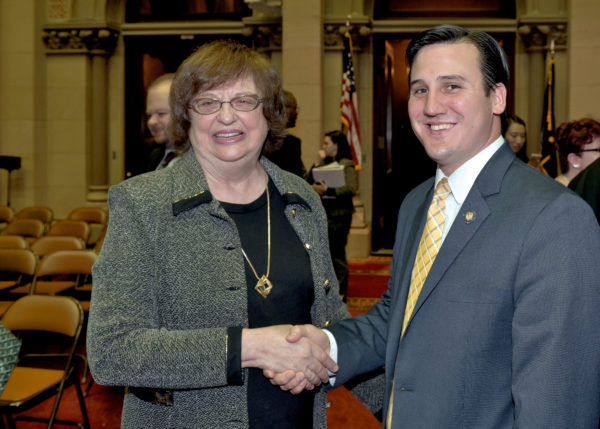 Albany, NY./ May 22, 2018  “Today’s appointment of Barbara Underwood to serve as New York’s attorney general for the remainder of this legislative term is a major victory for our state and its residents. While our politics may differ, I still recognize Ms. Underwood’s exceptional qualifications, having served our state previously as solicitor general. The sudden resignation of Eric Schneiderman placed the NYS Legislature in a very unique and rare position. The state’s constitution is clear that the legislature shall appoint an interim attorney general. The transparent process by which Ms. Underwood was appointed solicited valuable input from members of each legislative conference while also allowing for citizen oversight. Most importantly, Underwood has already announced that she will not seek election to this post in November, ensuring that New York’s voters will rightfully be in charge of deciding their next attorney general on Election Day. I commend Speaker Carl Heastie for his handling of this difficult situation, and wish Acting Attorney General Underwood the best in her position.”