BYRNE RESPONDS TO STATE OF THE STATE ADDRESS 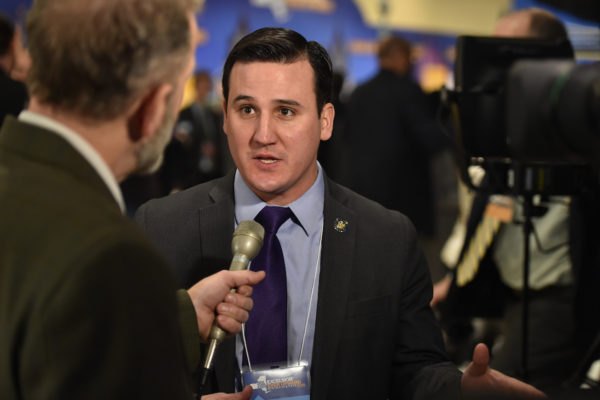 A legislative statement from Assemblyman Kevin Byrne (R,C,I,Ref-Mahopac)
“In his 2011 State of the State address, Gov. Cuomo acknowledged the role our state’s tax system plays in driving young people and business owners to seek greener pastures elsewhere, saying New York, “has no future as the tax capitol of the nation.” Now seven years later, New Yorkers continue to suffer under one of the country’s most oppressive tax climates, businesses struggle and residents continue to move away.  Just last month, a report came out ranking New York as the number one state losing its own residents to out-migration.

“As much as Gov. Cuomo would like us to believe that the federal government is to blame for these issues, that is simply not the case. New York’s tax structure has been widely regarded as one of the most convoluted and complex in the nation for several years.  Our state currently faces a $4 billion deficit and a 2017 report from the state comptroller states that New York has over $60 billion in state-funded debt. However, the governor continues to spend hundreds of millions of tax dollars each year through ‘backdoor borrowing’ on initiatives that have yet to deliver the  economic growth and job creation results we were promised.

“I hope that this year our state’s leadership will take much-needed steps to re-establish New York as an attractive destination for businesses and residents alike. We must provide tax relief for New York’s hardworking families and businesses, and curtail frivolous government spending in an effort to balance our state’s budget before it is too late.”