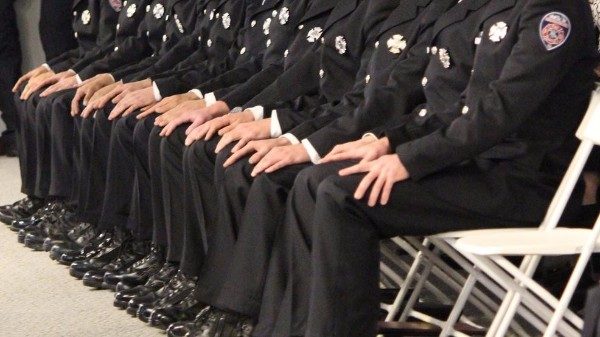 “This legislation is essential to ensuring our firefighters have the necessary protections to carry out their jobs safely and efficiently. We must do everything possible to protect these brave men and women who put themselves in harm’s way in the name of serving our communities,” said Morelle. “I am grateful to all of our firefighters for their service, and I thank Senator Funke for his partnership as well as Governor Cuomo for supporting this important legislation.

“Firefighters put their lives on the line for us in so many ways. Clearly state law should protect them no matter what type of work they are doing,” said Funke. “Simply because a firefighter shifted from fighting a fire to saving a life through emergency medical care doesn’t mean they should have received any fewer protections under the law. I thank Majority Leader Morelle for his partnership in closing this loophole and I appreciate that Governor Cuomo signed our legislation into law quickly.”

Assemblyman Kevin Byrne thanked Senator Funke and Assembly Majority Leader Morelle for introducing the legislation.  “Proud to have supported and voted in favor of this important legislation”, said Byrne, calling the nonpartisan legislation a “no brainer.”

The legislation is intended to close a legal loophole by ensuring that firefighters receive the same protections during the delivery of emergency medical care as they do during the performance of other duties. Currently, the act of intentionally obstructing firefighting operations, including extinguishing a fire or attending to an explosion, is considered a class A misdemeanor. This legislation extends that definition to also include the act of obstructing a firefighter who is performing emergency medical care on a victim.

In a 2004 incident in the City of Rochester, a fire company was responding to an EMS call and performing emergency medical care on a victim when an onlooker became physically agitated and attacked the firefighters treating the victim. These circumstances placed both the firefighters and the victim in a dangerous situation, yet the individual could not be charged under existing state law protecting firefighters.

Ken Pienkowski, President, Fireman’s Association of the State of New York (FASNY) said: “EMS related calls are a significant part of our workload, but because of the previous loophole in state law, if someone interfered with our operations they were not properly held accountable. By enacting this common sense legislation, we have ensured that the state’s firefighters have the proper protections in place no matter what type of emergency we are responding to. We thank the Governor, Majority Leader Morelle and Senator Funke for passing this bill to better protect those who protect the state.”

This legislation will take effect in November.