Letter To The Editor: Rename The New Cuomo Bridge 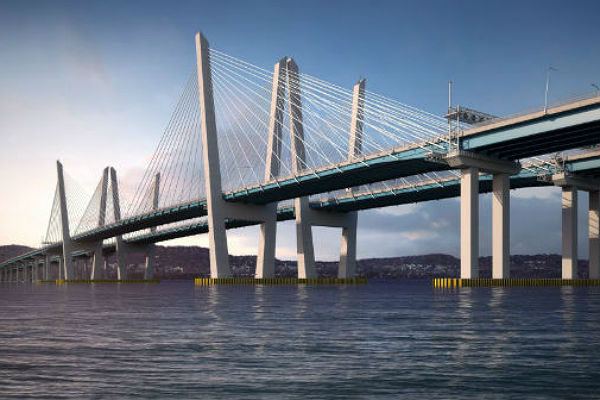 I voted against renaming the Tappan Zee Bridge earlier this year and I remain opposed to it today. In typical Albany fashion, the name change was sneaked into an omnibus bill in the middle of the night while the rest of the state was fast asleep during what’s referred to as an “extraordinary” session of the state legislature.

Not only does this abrupt change in name dishonor the legacy of Governor Wilson, it also ignores, as my predecessor Will Stephens noted, “the historical significance of the indigenous tribe and early Dutch inhabitants” by removing the Tappan Zee name entirely.

The outpouring of opposition to this name change has made it clear that the public disagrees with this hasty decision. An online petition has already garnered 90,000+ signatures demanding the bridge be renamed to reflect its previous historical name.

The people voicing their opposition to the “Mario Cuomo” bridge name are not extremists as our present Governor suggests. These are everyday people who have commuted or traveled over the Tappan Zee Bridge for decades.

This is not intended as a slight on the Governor or his family, but rather an attempt to preserve our history. Let us name something else after Governor Mario Cuomo, but leave the Tappan Zee Bridge name alone.

I refuse to ignore this outcry by our fellow New Yorkers, and am pleased to announce I will be working with my colleagues in the legislature to introduce new legislation that would restore the bridge’s original name.