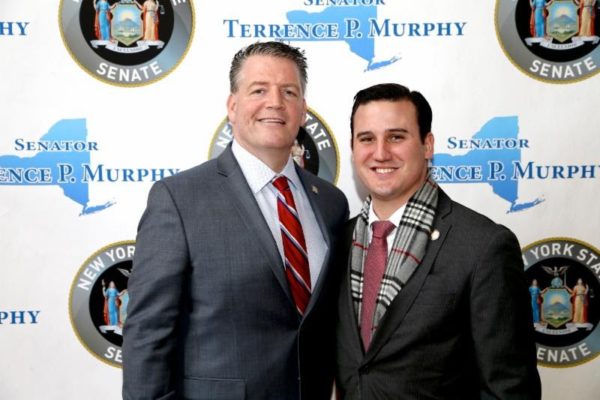 Albany, NY – No one volunteers to get cancer. Volunteer firefighters fighting cancer have found that battling a health crisis with limited medical coverage can be just as daunting as running into a burning building.

A bill giving firefighters the protection they need has been a long time coming. On October 22, Governor Andrew Cuomo signed a bill into law providing benefits to volunteer firefighters diagnosed with certain cancers. The legislation takes effect on January 1, 2019.

“It is only right that we provide the volunteers who are there to save our homes and our families with the health care coverage they deserve,” said Senator Murphy. “These courageous men and women have volunteered because they want to keep us safe. Too often, they pay a bitter price for their service by being exposed to toxic substances. We should never walk away from someone when they are ill. This bill gives volunteer firefighters stricken with cancer a fighting chance.”

A volunteer firefighter and EMT for many years, including serving three terms as president of his local volunteer fire department, Assemblyman Kevin Byrne has seen firsthand how a life-threatening disease can take its toll on a first responder. He created a Fire & EMS advisory committee, consisting of Fire & EMS personnel from throughout the 94th Assembly District.

Looking to continue to make a difference for the men and women of the volunteer fire service, as well as their families, Assemblyman Byrne co-sponsored bill A711B in the State Assembly for firefighters.

“Expanding cancer coverage for volunteer firefighters was an issue I campaigned on during my 2016 election, and was a top priority for me during my first term of elected office,” said Assemblyman Byrne. “I am thrilled to see that this proposal, after years of failed attempts, has finally passed both houses of the state legislature and now, has been signed into law by Governor Cuomo. These brave men and women may volunteer to fight fires, but they never volunteered to get cancer! This new expanded gap cancer coverage will make a real difference for the men and women of the volunteer fire service and their families.”

Overexposure to smoke increases the risk of contracting cancer of the lungs, but may also cause cancer in an individual’s esophagus, stomach, blood, intestines, and even the brain. A National Institute for Occupational Safety and Health (NIOSH) study suggests firefighters are at higher risk of cancers of the digestive, oral, respiratory, and urinary systems when compared to the rest of the general population, citing exposure to asbestos as a possible factor.

This legislation expands the existing coverage available under the Volunteer Firefighters Benefit Law to include cancer of the digestive, hematological, lymphatic, urinary, prostate, neurological, breast and reproductive systems or melanoma.

There are nearly 100,000 volunteer firefighters in New York State, many of them exposed to dangerous toxins in the line of duty every day.